Home » The Story Behind The Star Of Crufts

The Story Behind The Star Of Crufts

One of the stars of last week’s Crufts was Kratu, a beautiful crossbreed who stole the show with his comical performance in the Agility Contest. We were delighted to get the opportunity to speak to his owner, Tess Eagle Swan, to find out more about him.

Kratu is a rescue dog. How did he come into your life?

I rescued a puppy called Paqo and he really bonded with my other dog Maia. I was very happy they got on so well but I felt there was room for someone that I could bond with and asked a friend to keep an eye out for a larger Shepherd Cross that was young enough so it could be socialised and trained at an early age. Surprisingly nothing came up until one day I was sent a photo of Kratu who was a puppy living on a Gypsy Camp in Romania. 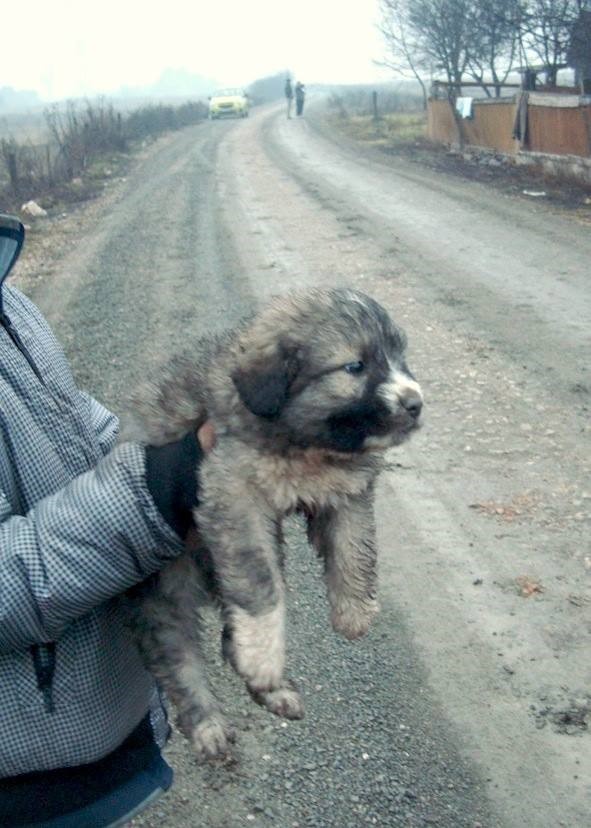 Kratu was put into foster care pending his move to the UK and I was able to start training him via WhatsApp and YouTube, daily watching videos again and again. He arrived in the UK at 4 months when he was allowed to travel. I had sent him a lot of voice messages so when the transport van came I went in and lay down next to his crate and said "Hello Kratu, I'm your Mum, you’re home now" he knew my voice and lay down with his head touching mine through the crate.

Why did you visit Romania after you rescued Kratu?

The photos of Kratu’s mum haunted me. I couldn't get the images out of my head. I was told she was dead and it broke my heart. I started to research the breeds that he was crossed with and realised I needed to know more regarding training and the history of them intrigued me.

I went to Cluj, following his footsteps. I persuaded my friend to drive me to the Gypsy Camp and to my surprise we were able to identify his Mum, Tutty, with another litter. I said I would rescue two pups. I wanted her too but they didn't want to let her go. I named the two pups Raphael and Gabriel as they needed some angelic help. While I was there, one of the travellers had his fingers over Raphael’s tail and said he would cut it. Fortunately, we persuaded him not to. My friend eventually managed to negotiate and get Tutty away from the camp but sadly she was severely beaten the day before. Raphael who became Raffy and is still with me and Gabriel became Gabby and went into foster care before being re-homed.

How did you cope with three young rescue dogs? 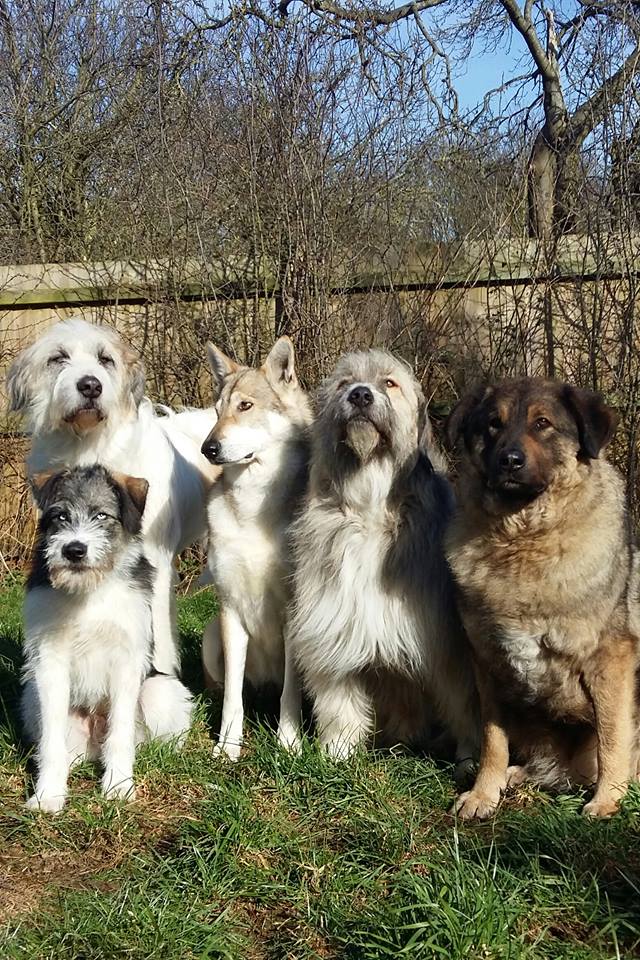 So, I had 3 boys now. All young large breed male teenagers. I found it more than challenging and realised I needed some help and ended up going to the behavioural team at Wood Green Animal Shelter. We started training and working with Kratu and Raffy. They started going to shows and this helped with their socialisation with other dogs. Raffy won a super model competition at Dog Fest and we met Natural Instinct who have been incredible to us with their support and kindness. I can never thank them enough. An incredible company who help a lot of dogs. Raffy was also featured on the cover of Dogs Today.

Kratu started to shine with different training methods especially one called Do as I Do by Claudia Fugazza. He became the first dog in UK to pass the exam. They learn to copy a behaviour on cue. He achieved all the Kennel Club Good Citizen Awards. I found he had a natural ability to do tricks and entertain. His huge personality and character really started coming into its own. He has been a Pets as Therapy dog and made visits to a home for people with dementia and now works with Canine Concern. 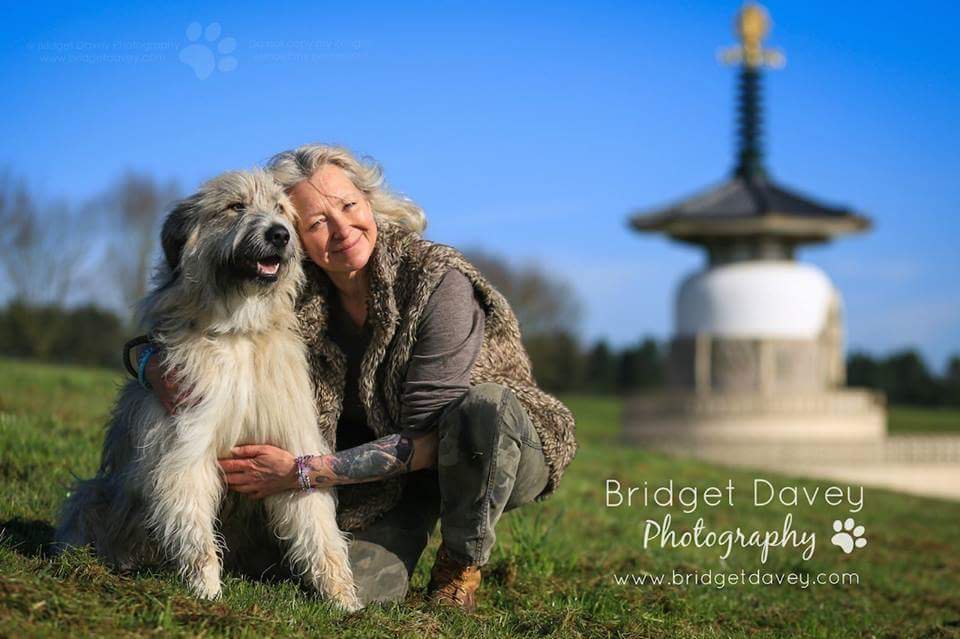 My own personal life was not good, I was struggling greatly with life. I ended up being referred to an Autistic Diagnostic Service where I got my diagnosis that I was on the spectrum.

Kratu and I had become part of a great organisation called Canine Generated Independence  which enabled Kratu to become my official Assistance Dog after he had passed a number of tests to prove that he was trained to an appropriate standard. To officially have his support is something so amazing. CGI is a wonderful organisation that help owners train their own dogs to be Assistance Dogs.

How did Kratu become involved in the Rescue Dog Agility Team?

Wood Green Animal Shelter invited us to take part in the Rescue Dog Agility Display Team as we had done so much training with them. This meant that Kratu would have the chance to perform at this year’s Crufts!  I find agility really hard. How you are supposed to do the turns and get in front of the dog is beyond me. I try and end up falling over him!  We practised by building little jumps in a secure field we use.

His appearance at Crufts has gone viral on the internet, what happened on the day? 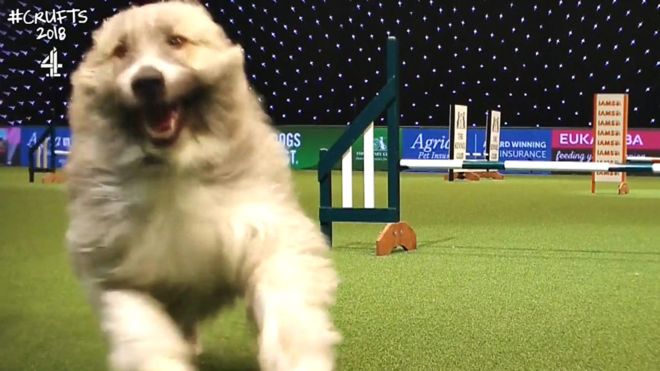 I went to Crufts with Wendy Kruger the Behaviour Consultant from Wood Green. I was very nervous but felt reassured when upon arrival I met my friends at the Natural Instinct stand. The magnitude of the occasion hit me as we entered the arena. I couldn’t believe I am was there and I felt really wobbly coming up to place him for the first jump. I had tears just about to start as I was so overwhelmed. Then he went off over the first jump and decided to check out where he was and was so happy to be there and say hello to the people that I felt okay then. His happiness is infectious!

Training Kratu to do anything is incredibly fast and easy if he likes it. He is so smart and picks it up very quickly. However, if he doesn't like it, very challenging. He is quite stubborn. Kratu adores people. He just connected with the audience and was so happy to be there. It was far more interesting to explore and say hello and be the natural clown he is than to listen to me. I was just happy that he did some of what I asked and was enjoying himself. He is so full of joy and it’s a sheer pleasure to see him like that. 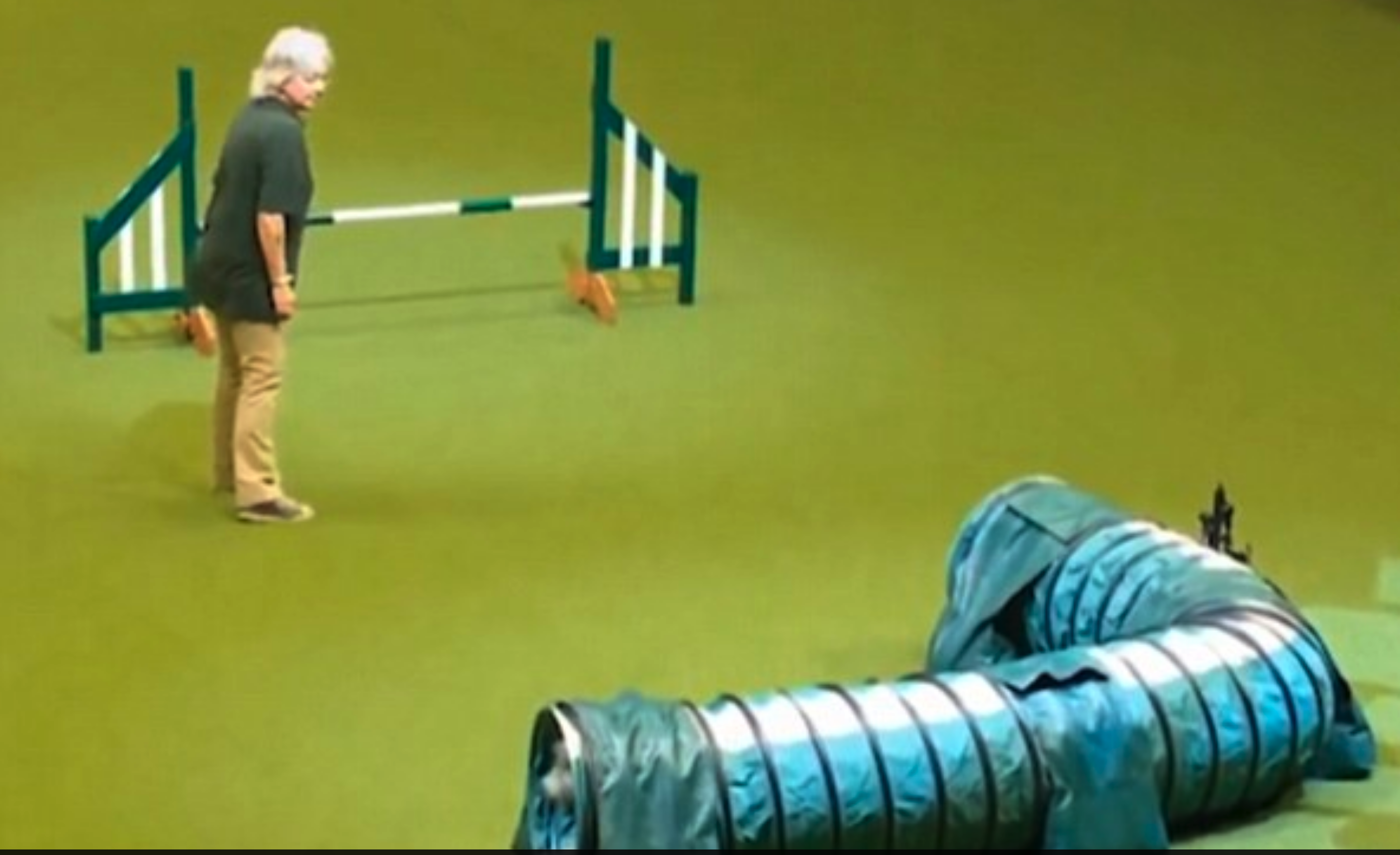 I know why he did that in the tunnel. It was more fun to turn around and go and see the lovely people than it was to come out my end and do as he was told. He just followed his heart to do what he wanted and looking back at that video it makes me laugh so much, especially my face when I can’t see him. I forgot the last two jumps as the urge to tell him how good he was and how well he had done and to have that contact with him took over.

Are you surprised by the media attention following his performance?

I am in sheer disbelief at how many people worldwide have loved his performance. Now so many people can see his joy and love of life. I could see he was a special dog and for others to see it too makes me so incredibly happy. Rescuing him was the best thing I have ever done in my life.

How is Kratu handling his new-found fame? 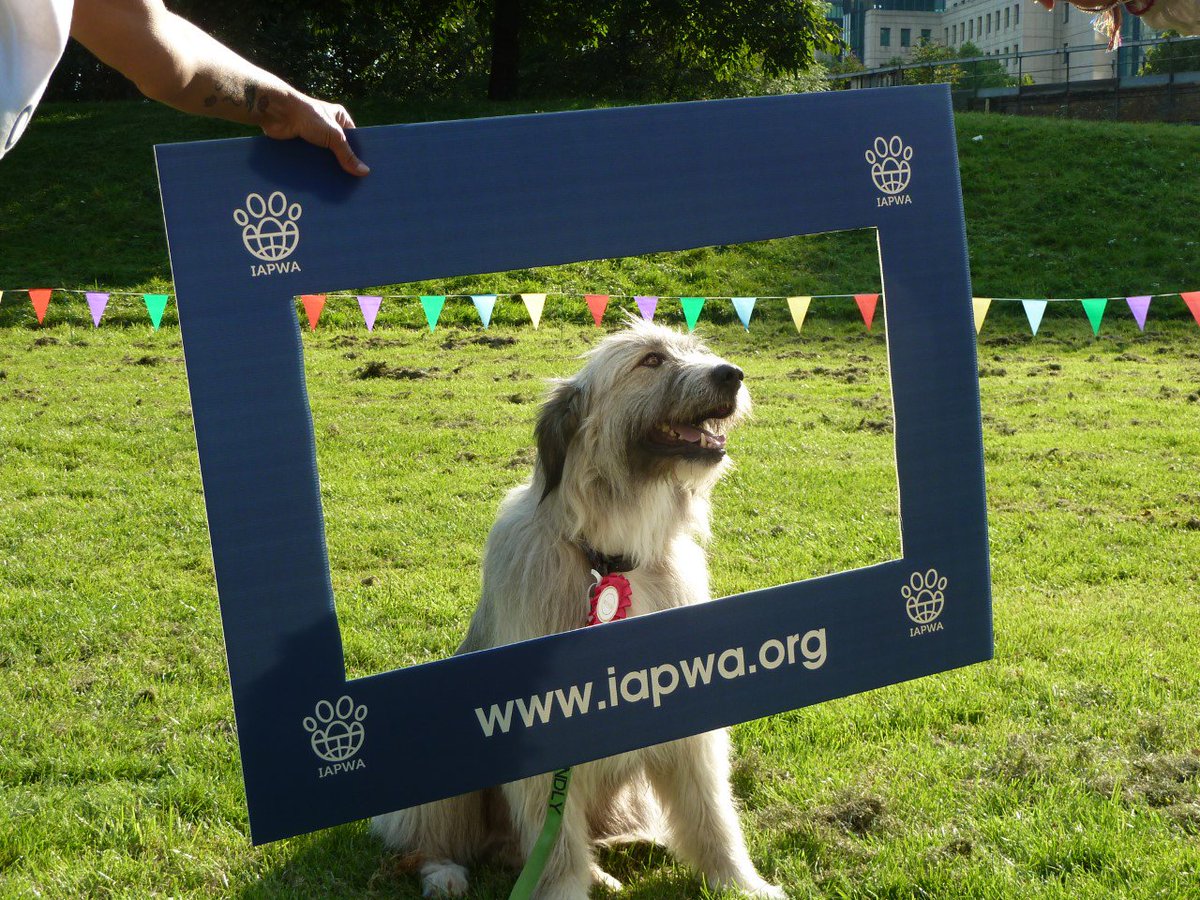 He is handling his new found fame the same as he always handles everything. With happiness, joy and a lot of love thrown at it. He has a great sense of fun and a sunshine smile. He is always going to be free spirited. He will also do on occasion what he wants rather than what is asked of him. He will always follow his heart. But then I did too and that's why he came to me in the first place! He has also become an Ambassadog for IAPWA an international charity that helps animals world-wide which is a great honour.

Does he have any new adventures planned?

Yes, we have a few exciting projects in the pipeline and will give more details soon on his Twitter page.

Finally, do you have any advice to people thinking of rescuing a dog like Kratu?

I have to point out he was socialised very early on and he has done an incredible amount of training. He is not typical of the breeds he is crossed with (Carpathian and Mioritic Roman Shepherds). Many people are adopting them and not coping and they are being returned to rescues and in some cases put to sleep. They are strong guarding dogs and need experienced homes especially the older ones with unknown histories.

You can see the video of Kratu's Cruft's appearance here